Emerging Entrepreneur of the Year Prize in 2015, awarded to 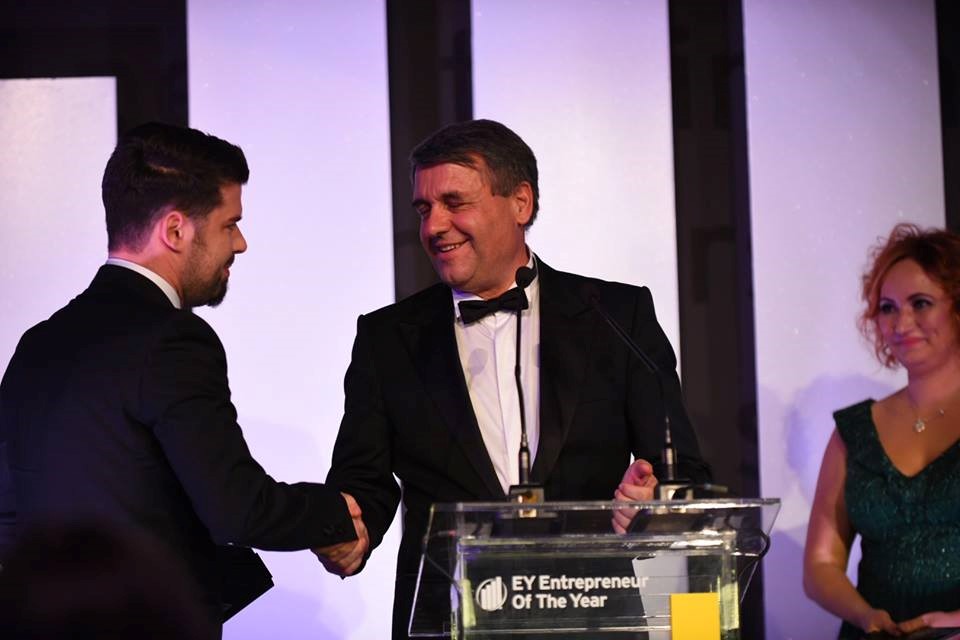 In its annual competition EY designated Dan Isai CEO of Salad Box, the winner of the Emerging Entrepreneur of the Year 2015 prize. The company he’s leading has quickly put its mark on the market, proving in just a few years that its business model is highly appreciated.

Salad Box started with a small team, which Dan could count on his fingertips, yet in only three years he ended up coordinating a large team, at a national level. Although the company’s size has evolved, Dan has kept a close relationship with the employees, regardless of hierarchy, which made it easy for him to pass on his vision, belief and ideas.

In 2014, the Salad Box group recorded sales of 8.6 million euros, representing more than a 100% increase compared with 2013. Salad Box’s revenue was expected to reach 14 million euros in 2015, mainly based on selling products with an average price of 3.5 euros.

The company is currently the third largest fast-food chain in Romania, after McDonald’s and KFC, and Dan considers that the chain has the potential to reach 60 restaurants. Dan and his team already started to expand outside the country: with four locations in Hungary and a restaurant in Germany.

He also started a rebranding process recently, centered on a new tagline, “Food is Life, Make it Good”. According to Dan, the message this transmits is that you should “be careful what you choose to eat, because it make up your life”. The new tagline also delivers a valuable message to the employees: “give your best to make a good salad, because it means life”.

The rapid growth of Salad Box was also due to the reinvested profit: “We reinvested all the profit. Now I live with my wife and two daughters in a rented house, we don’t own a house with a pool, because we reinvested everything”, says Dan.

As a student, Dan started going on holidays in the USA, Italy and Australia. Interacting with different cultures, with different work environments and business ideas has helped Dan expand his horizons as a future businessman. In fact, he came out with the Salad Box business concept idea while he was working in Australia.

Yet, before Salad Box, he opened an advertising company in 2008, in a period when companies were trying to cut down costs and advertising was the first to go. The businessman learned from that experience how much it matters to launch a business at exactly the right time.

With the lessons learnt from the previous business and with relevant experience accumulated, Dan Isai started, at only 26 years, a new business, with the help of his family and friends. This business grew like Prince Charming, grounded on the increasing concern of consumers for having a healthy diet.

“Everybody does what they want and runs their business as they want, but they only do it once in life. It’s important what you leave behind. The impact the business has on the society is important. For me, it’s important that people finally have a place where they can come and have a healthy meal at an affordable price and the fact that their numbers keep growing”, he explained.

Devoted to promoting a healthy lifestyle

As Salas Box is a new concept, it is imperious for the brand to endorse its main business statement, reason why the company regularly supports sports events or actions in which food plays a central role. Dan Isai has initiated numerous campaigns to raise social awareness, sponsored by Salad Box. Among them is one that encouraged kindergartners to eat fresh fruit and vegetables.

In fact, Dan is an ambassador of Jamie Oliver in Romania. This status means that he is part of an international program, aiming at raising awareness of the role a healthy diet plays in the quality of life, and active involvement in food education campaigns.